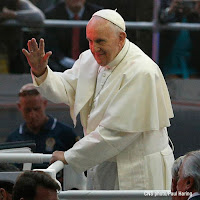 42. Furthermore, “the decline in population, due to a mentality against having children and promoted by the world politics of reproductive health, creates not only a situation in which the relationship between generations is no longer ensured but also the danger that, over time, this decline will lead to economic impoverishment and a loss of hope in the future.  The development of bio-technology has also had a major impact on the birth rate”.18   Added to this are other factors such as “industrialization, the sexual revolution, the fear of overpopulation and economic problems… Consumerism may also deter people from having children, simply so they can maintain a certain freedom and lifestyle”.19   The upright consciences of spouses who have been generous in transmitting life may lead them, for sufficiently serious reasons, to limit the number of their children, yet precisely “for the sake of this dignity of conscience, the Church strongly rejects the forced State intervention in favour of contraception, sterilization and even abortion”.20 Such measures are unacceptable even in places with high birth rates, yet also in countries with disturbingly low birth rates we see politicians encouraging them.  As the bishops of Korea have said, this is “to act in a way that is self-contradictory and to neglect one’s duty”.21